ASP.NET 4.5 by Microsoft is the world’s most popular and heavily used open-source .net technology, according to Stack Overflow 2019 developer survey. It is used primarily for developing dynamic websites, as well as applications and services specifically for Windows, Windows Store, Windows Server, Windows Azure, and Windows Phone.

According to 2019 statistics on web hosting, there are approximately 1.94 billion functional websites from all over the world. Many of them are hosted on ASP.NET framework.

Millions of developers use this particular technology for various purposes, including database applications, client-server applications, XML web services, and distributed components, to name a few. Thus, it is critical for developers to host their sites and apps with reliable ASP.NET 4.5web hosting services providers to ensure the delivery of top-notch performance to their end-users.

However, with so many ASP.NET 4.5 types of web hosting packages available in the market today, picking one can be quite a challenging task. That said, the following 7 expert tips will help you find and maximize the right hosting product. 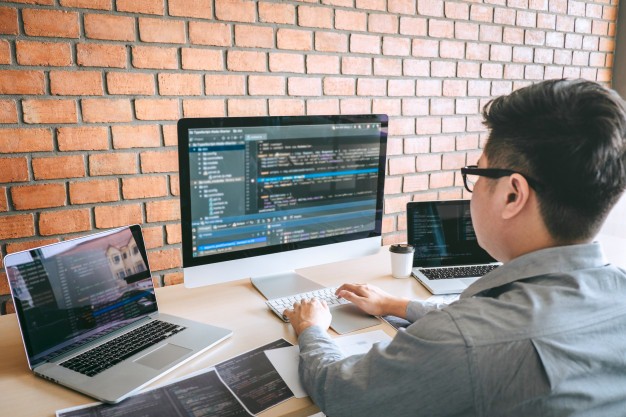 Since ASP.NET is basically a Microsoft creation, it runs better on infrastructure and hosting packages that are built on Windows. It has an intensive need for resources, thus it requires highly capable and very strong servers. That’s why majority of providers don’t offer cheap web hosting packages for ASP.NET 4.5.

While Linux is the more dominant name when it comes to web hosting due to its affordability and flexibility, the majority of developers prefer Windows. The ASP.NET 4.5 framework allows developers to create and modify apps, websites, and services without much difficulty in coding. That said, coding skills are still required. However, developing anything on ASP.NET 4.5 is easier and faster as opposed to doing so on hosting plans that are built on Linux and other platforms.

On top of that, ASP.NET 4.5 is compatible with all popular programming languages aside from their own (ASP Classic, Microsoft Access, and Microsoft Exchange). Although you can create applications and web services on Linux using Ajax, C #, HTML, Java, Javascript, you can’t perform that with Microsoft’s programming languages.

Several hosting solutions providers offer ASP.NET 4.5 hosting on Linux. If you want to go down this path, it’s best that you consult with your hosting services provider before making a purchasing decision.

When it comes to control panels, cPanel comes first in terms of usage and popularity. Many of the best web hosting for small business providers offer Linux-based plans. And most of these plans automatically come with cPanel.

But if you’re a developer who wants to maximize and benefit from all the advantages of an ASP.NET 4.5 hosting package, choose a solution that comes with Plesk.

Plesk boasts of a cleaner and more streamlined graphical user interface (GUI), something developers appreciate and value highly. The positioning of tools and features is very strategic. They are located on the left-hand side of the user-interface and can be expanded when clicked on. These features along with others is why many tech startup companies prefer Plesk over cPanel.

cPanel, although fast, is described by many as cluttered. Its features are not arranged and grouped in a strategic or friendly manner as those of Plesk. That said, the interface of cPanel can be customized per user’s preference and requirements.

Normally, cPanel only runs on Linux-based servers and operating systems. However, backdoor methods enable the deployment of cPanel on Windows servers. Both control panels have their uses. However, if you’re opting for an ASP.NET 4.5 hosting platform, you can never go wrong with Plesk.

Monitoring user activities and application performance in real-time enables you to quickly spot performance issues and bottlenecks as they occur.

However, this means investing in and setting up site monitors, which could take a huge slice off of your budget. That said, it is a worthwhile investment as site monitors act as passive players, providing you with the real-time status of your web apps as well as user behavior and experience across various devices.

Whenever potential issues arise, like server downtime, freezing sites, laggy network connections, and more than usual cache misses, monitors capture all information and immediately alerts you and your team. This allows for rapid response and elimination of issues long before they can make a huge impact on your users’ experience.

Some websites, apps, and web services are poorly written that they fail to scale when traffic increases. Most developers resort to adding more web servers or improving their capacities to accommodate large and growing traffic influx. But this method can be costly.

Adding a load balancer is found to be an effective remedy to help redistribute traffic so servers won’t overload. In a normal setting, traffic is sent to a server until it becomes full. When that happens, traffic is redirected to an empty server to ease off the load. Even with an extra server, user traffic that is processed and accommodated in the full server will experience performance issues such as lags and slow loading times.

With a load balancer working in the background, traffic is channeled and sent across multiple servers. It eliminates instances of a server overloading. This results in a consistent app and site performance, even during peak traffic hours. A load balancer is an additional investment. But it is cheaper than adding more servers and works better in helping improve your ASP.NET hosting.

In fact, 51.3% of all websites in the world do not use a content management system (CMS), according to 2019 Web Hosting Stats and Facts. That means more than half of the world’s websites are using crude caching methods, if they do at all.

Cached content allows for websites and apps to quickly deliver fully loaded pages to your users, instead of generating new pages from the server. This reduces the load off your server, thereby improving site and app performance significantly.

For instance, your app gets around 100 content requests per second. The app will get the content from your cache around  90% of the time. About 10% will be generated from your original server, thereby cutting down your server load.

Optimize Your Security and Know Your Bandwidth Requirement

While Transport Layer Security (TLS) and Secure Sockets Layer (SSL) protocols protect your sites, apps, and everything in it, they do affect the site and app performance. They are not optimized for speed.

There are several ways on how to optimize security protocols, such as Open SSL. It is best that you further explore your options and determine what’s the best security protocol optimizations for your sites and apps.

If your hosting budget allows you, choose for an ASP.NET 4.5 hosting plan that offers flexible bandwidth. Bandwidth is directly related to the loading speed and performance of your app, website, or service. Low bandwidth means your website won’t be able to handle large traffic, which then adversely affects the site’s loading speed and overall performance.

As mentioned earlier, ASP.NET 4.5 hosting is resource-intensive. Running your ASP.NET 4.5 site already requires a lot of resources. Imagine how much resources your website needs to fully operate while catering to a large influx of traffic.

You don’t have to settle for a package that has unlimited bandwidth. The best course for you is to determine the amount of bandwidth your site or app requires to attain optimal speed and performance. From there, it becomes a matter of finding the provider that can give you a solution that addresses your bandwidth requirement.